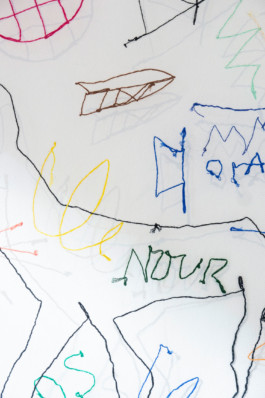 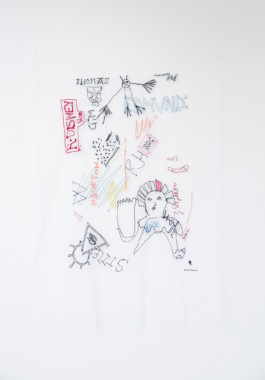 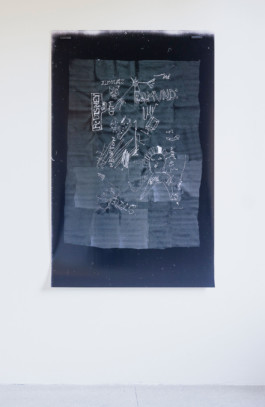 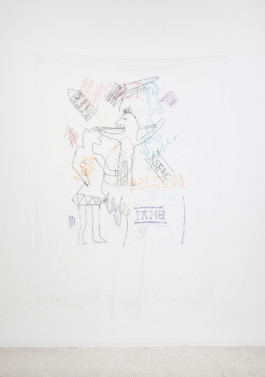 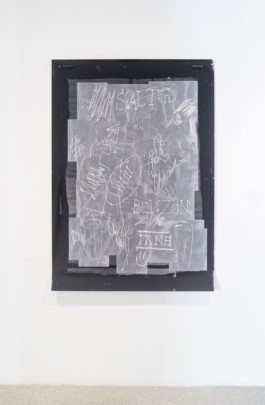 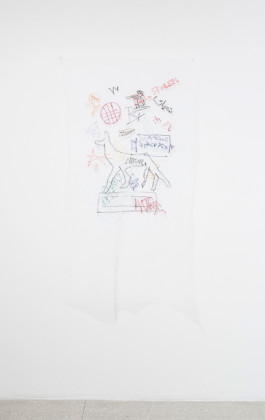 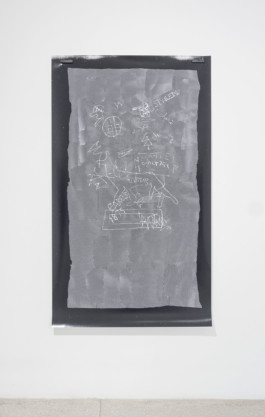 Here, ancient graffiti and signs are combined with  modern doodles and embroidered ontotulle. These are then transferred into a photogram.