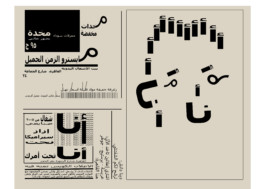 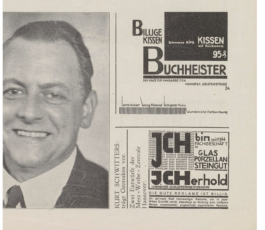 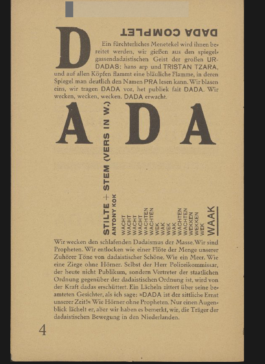 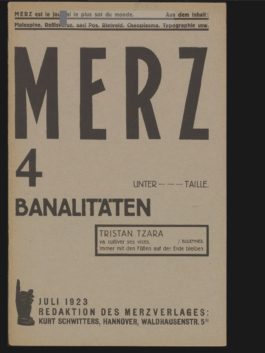 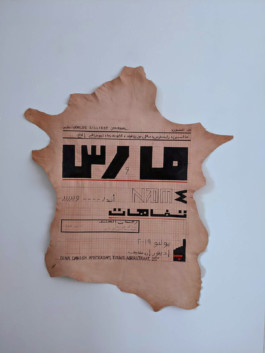 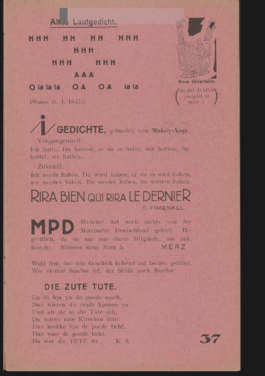 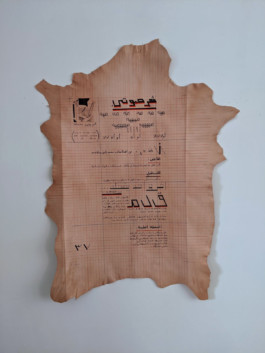 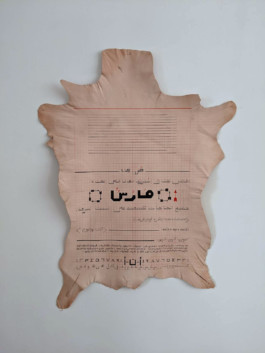 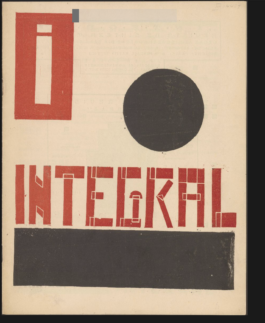 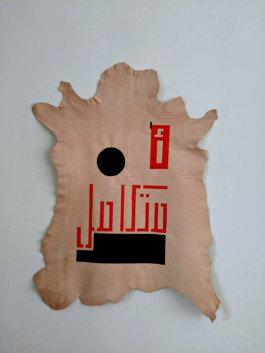 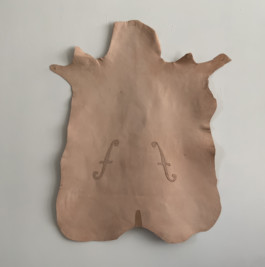 Multi-lingual but none-the-less nonsensical poems by Hans/ Jean Arp’s humorously play with word associations between languages; and sound poems by Hugo Ball, visualize the form of language while stripping it away from meaning. In one of Hugo Ball’s sound poems, namely Karawane, I pause in front of a verse; a verse though void of meaning, meant something to me as an Arabic speaker. Bosso Fataka can be loosely translated as look at this strength or what strength. And ever since, I have been consumed on how to translate one sound that might sound as nonsense to a people into another sound that would equally sound nonsensical to another people.

And so, I tried to translate one sound of nonsense into another. Here are some examples of translations and transliterations taken from Dadaist Merz, Bulletin D. and Integral magazines including fake advertisement and poems.

I used thick leather inspired by medieval thick leather parchments which I had encountered in Bologna, depicting engraved musical notes. Because of their graphic qualities, and color schemes, these instantly reminded me of Dada’s Merz magazines.