To Be A Pinball 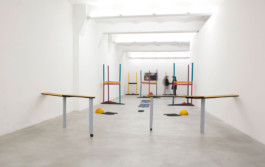 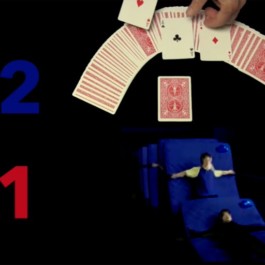 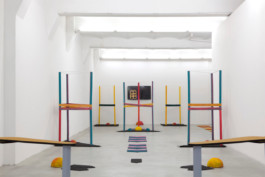 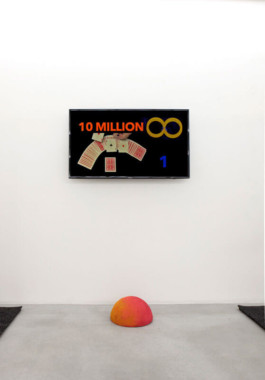 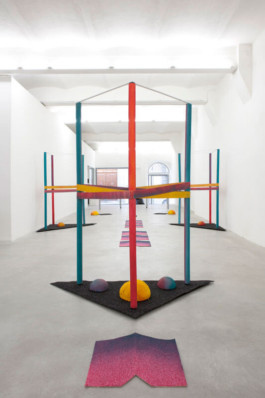 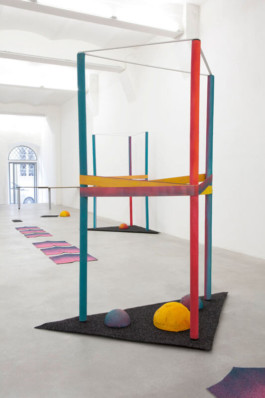 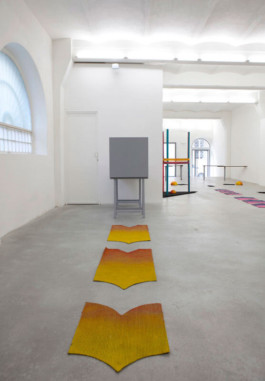 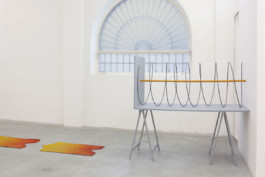 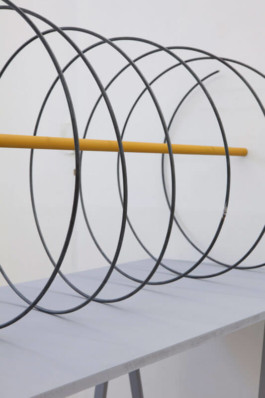 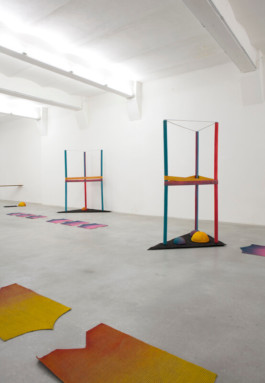 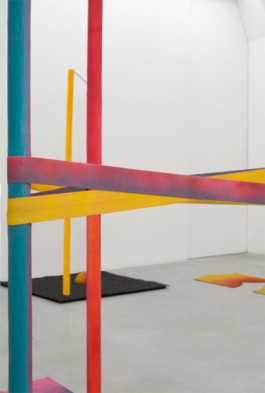 «My vocabulary did this to me» confessed the poet Jack Spicer, during his last moment of lucidity before passing away. This final statement inspired the artist Dina Danish to reflect on how something intangible, like words, can potentially become a menace.
Her idea of shifting this feeling from the linguistic to the visual dimension became a way to explore the potentiality of language in art in the setting of a performance program at South London Gallery.
To gain a better understanding of what was dooming the poet’s art and existence to the point at which he felt threatened, Dina investigated his life, looking for signs of incompleteness and dissatisfaction.
San Francisco Renaissance poet Jack Spicer was among the founders of “6” gallery in Fillmore Street where the Beat generation was launched, but he always preferred to remain an outsider to the group. Inspired by Surrealism, he used to claim that poetry was coming to him from outside forces - like Martians - and that he functioned as a transmitter for dictated lines and rhymes.
Words would come to him like radio frequencies, finally creating some sort of meaning for his presence in the world. Words would eventually become “thing-language”, as in the title of one of his poems in which he declared that there is no meaning in things without language to describe them.
The poet’s condemnation of his own words amounted to a withdrawal from the artist’s status. He expressed it well with a visual metaphor which is hilariously one of the most concrete elements of his vocabulary. Thus he conceived the idea of a poet hosting a pinball-machine where balls hit objects on the table’s surface to run up points - which he imagined to be an ideal graveyard for himself.
Following the logic that if words can threaten the poet, then forms can threaten the artist, Danish decided to avoid the production of closed and autonomous objects. This visual metaphor led her to instead turn this gallery into a space where poetry (or art) is being transmitted.
Like pinballs, which should keep rolling around inside the game waiting for the right moment to fulfil their potential, the visitors at To Be a Pinball energize the environment built inside the exhibition: a life-size playing board. The moment of encounter between life and props is the only thing that matters in the end: the props in the space lose their relevance as forms, and become facilitators for the transmission of energy, meaning, and matter.

If “Words are what sticks to the real”, as Jack Spicer wrote in After Lorca, then mimicking the scoreboard of a pinball- machine sticks perfectly to Jack Spicer’s words.